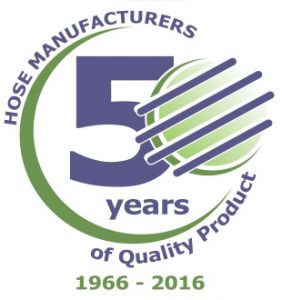 A South African Platinum Mine took the decision to dewater an area of their mine which had been shut down, but, with the latest platinum prices, had become viable again. The 224m shaft had filled up with water to 40m below the surface. In this unique application the water level had to be dropped to 200m below surface.

The contract was awarded to Rustenburg based Pump and Lifting Systems. Howden Pumps supplied the two pumps, capable of pumping 130 l / sec at 270m head. Based on the complexity of the situation, the time available for installation as well as height and access restrictions it was decided to go with 6″ Boreline. With its high tensile strength of 20t as well as its high burst pressure of 58bar, it made sense to use this flexible riser.

Boreline is also totally corrosion resistant which means it will not be affected when subjected to the aggressive water conditions so often found in the mine environment. Mine water has been known to break-down steel pipe in less than 12 months but with the 5 Year Warranty offered by Hose Manufacturers, the manufacturers of Boreline, this mine knew they had an added Long Term Benefit in using Boreline Flexible Riser.

It was decided to use 2 pumps and to lower these into the shaft with the pumps set at 220m. Due to the volume of water to be pumped and depth of setting, each pump was equipped with a 225kW motor.

The pump was lowered onto the motor and fastened. This was then lifted and lowered into an Inducer Sleeve. (The reason for the sleeve is to force water past the motor thereby keeping it cool).
The Boreline was laid along the ground away from the mineshaft. Next to this are the power cables and a chain. It was agreed to use 4 single power cables, being easier to work with than one very thick cable. The chain was utilised to carry the weight of the power cables as the Boreline, Pump and Motor, and water in the hose alone weighed 8 500 kg.

The other end of the Boreline was attached to a front end loader which then began to lower the pump, pipe and cable.

The base plate was attached to the coupling at the other end of the hose and this was then lowered into position.

Finally, only 5 days later, both pumps were installed and the water started flowing out at a rate of 190l/sec.
Another job well done!